MSC Cruises held a traditional steel cutting ceremony at STX France in Saint Nazaire on Monday to mark the official commencement of construction of MSC Bellissima, the second of the Meraviglia generation of ships that will come into service in 2019.

Part $10.2 billion investment that will see MSC Cruises’ capacity triple over the next ten years, MSC Bellissima is due to become the fourth of 11 next-generation ships due to come into service over this period.

MSC Bellissima has been designed to operate in all seasons and to call in most of the world’s international cruise ports. With a gross tonnage of 167,600 GRT and total capacity for more than 5,700 guests, this new cruise ship will be the largest in MSC Cruises’ fleet, along with MSC Meraviglia. The MSC Meraviglia was floated out in September. 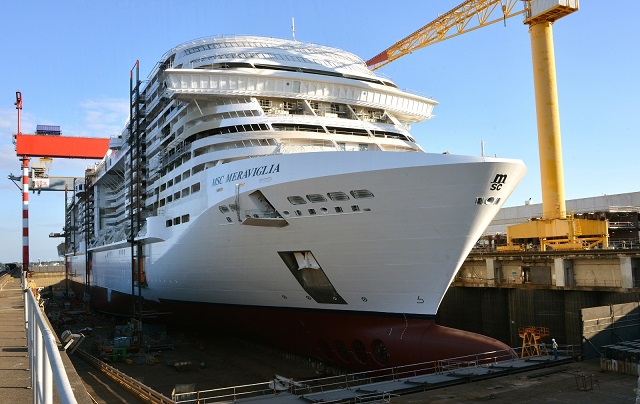 The vessels are part of the MSC cruise fleet expansion program worth $5.3 billion that will double the line’s capacity by the 2022, reaching about 80,000 passengers a day.