Captain Kuba Szymanski, Secretary-General of InterManager has urged the maritime industry to take notice of the findings of a new fatigue study as the industry recruits aspiring seafarers. 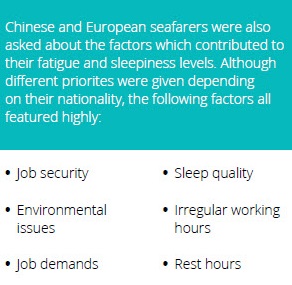 The study found evidence of higher levels of fatigue and stress in seafarers from Chinese-managed companies than European managed ones.

Motivation decreases the longer seafarers are away from home, according to the study. This has important implications for safety, as it may be a significant underpinning root cause of
phenomena such as complacency, short cuts, and not following procedures.

The report also highlights growing levels of fatigue, particularly among Masters and Watch Keepers, and noted that motivation was a major factor in fatigue experienced by seafarers.

A Master’s place on a ship is central to its performance, a claim which many would agree with. The project confirmed this and found a number of reasons for how a Master’s role differed from that of other crew members, including that Masters:

•    Have more weekly work hours
•    Feel that work in port is less demanding than work at sea
•    Are far more fatigued at the end of a contract
•    Are slightly more overweight compared to others onboard
•    Suffer from mental fatigue, compared to physical fatigue suffered by other seafarers 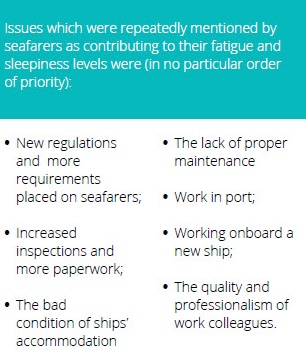 During interviews, seafarers pointed out that not being relieved on time was having an effect on motivation. Nearly 50 percent of participants felt stress was higher at the end of a voyage, and sleepiness levels vary little during the voyage, suggesting there are opportunities for recovery while onboard.

Szymanski said: “I sincerely hope the results of our research will be read and acted upon by ship managers and shipowners who will go on to revise their attitudes and procedures. There are a number of "low hanging fruits" which, with a little adjustment, could make a big difference. These are not necessarily costly changes - such as having seafarers relieved on time and organizing work onboard with humans and not regulations in mind and engaging sea staff in decisions - but empowering seafarers to take care of their lives more than it is today.

“Our people are our assets, and we need to develop a strategy whereby shipping is once again seen as a career of choice for tomorrow’s young talented people. 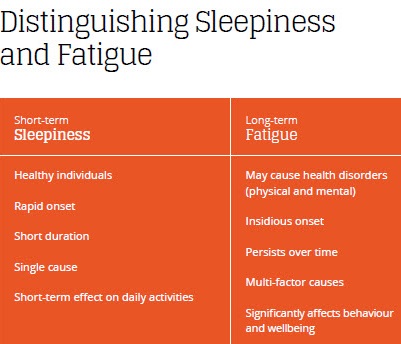 “There is no avoiding the fact that the global fleet is increasing and more manpower is needed. However, we are demanding more from current seafarers rather than recruiting even more cadets into the market. Attracting new seafarers and retaining them will test the industry, but we cannot ignore these findings in making the industry an attractive place for aspiring seafarers.”

The organizations have now presented the findings of the fatigue study, Project MARTHA, to The IMO. The $3 million project was sponsored by the TK Foundation over a three year period from 2013 to 2016.