Japanese construction company Shimizu Corporation has designed an underwater city that is self-sufficient and will sit on or under the surface of the sea. 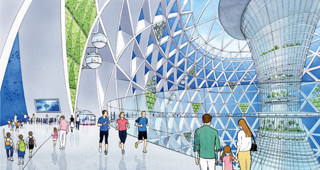 The company’s design plans include a 75-storey colony that could house 5,000 people in spheres. Named the Blue Garden it could contain over 1,000 home units, a 400-room hotel and 50,000 square metres of office space.

Each watertight residential sphere would be attached to the ocean floor, and could submerge below the surface in adverse weather. Power could be created by micro-organism factories that produce methane, and drinking water would come from the desalination of seawater. 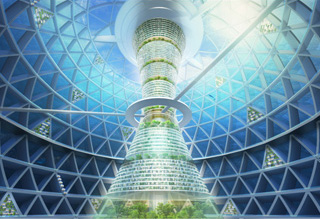 Shimizu expects to develop the required technology for the project by the year 2030, reports The Independent. Once the technology is ready, it will take another five years to complete the city, at a cost of ¥3 trillion, $25 billion or £16 billion.

Shimizu anticipates that the Japanese government and private investors will help fund the project. 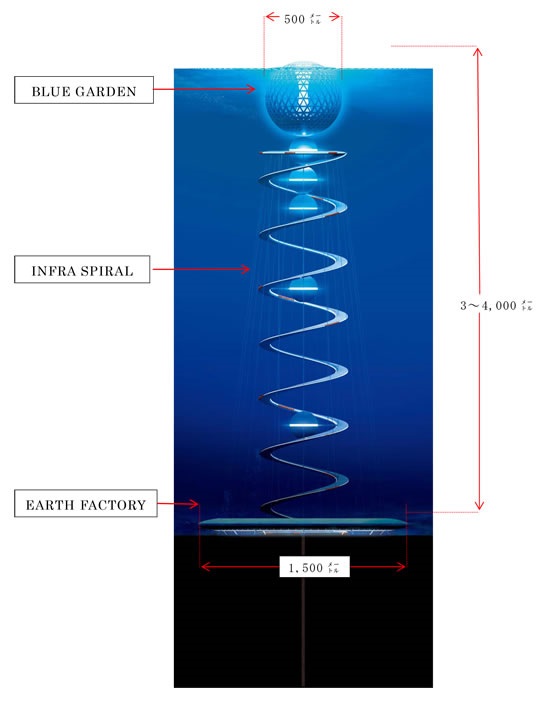 The latest efforts to develop opportunities for the use of hydrogen will explore a liquefied hydrogen supply infrastructure shipping the gas to Singapore. The project, which is designed to contribute to the development of the broader global hydrogen infrastructure, focuses on shipping hydrogen to be used to power facilities operated by Keppel Data Centers in Singapore. A partnership, which includes Kawasaki Heavy Industries, Linde Gas Singapore, Mitsui O.S.K. Lines, and Vopak LNG Holding along with Keppel Data Centers, will jointly...

Maersk Supply Service, which operates offshore supply vessels for the worldwide energy sector, announced that it will deploy a second vessel this summer as part of its participation with The Ocean Cleanup, a foundation developing advanced technologies to rid the world’s oceans of plastic. Since 2018, Maersk Supply Service has project managed and delivered offshore work for The Ocean Cleanup, including the tow and testing of the ocean systems. In January 2021, the company announced that it was extending its...

After being broadly criticized by the cruise industry for the level of restrictions that it plans to impose on cruise ships as they resumed sailing for U.S. ports, the Centers for Disease Control and Prevention (CDC) updated its guidance on a few points. This came as a federal judge was hearing the pending lawsuit and application for an injunction, which if granted, could revoke the CDC’s orders and permit the cruise lines to resume sailing from U.S. ports. “These instructions reflect...