Ever Seen a Flying Ship?

Viewers watching coverage of the Scottish Open golf tournament in Aberdeen saw what appeared to be a ship floating in the air above spectators’ heads.

According to http://www.buzzfeed.com/, this visual was due to an atmospheric optical effect called “looming”, similar to mirages. Looming is the most noticeable and most often observed of refraction phenomena.

Most common when a layer of warm air passes over a cold body of water, looming is caused by the refraction of light as it passes through air of different densities. This bends the light, making it appear to the observer that objects on, or below, the horizon are elevated in the air. It can also make them appear much larger.

In this case, that effect is accentuated by the fact that the pictures are close cropped versions of an already heavily zoomed picture. 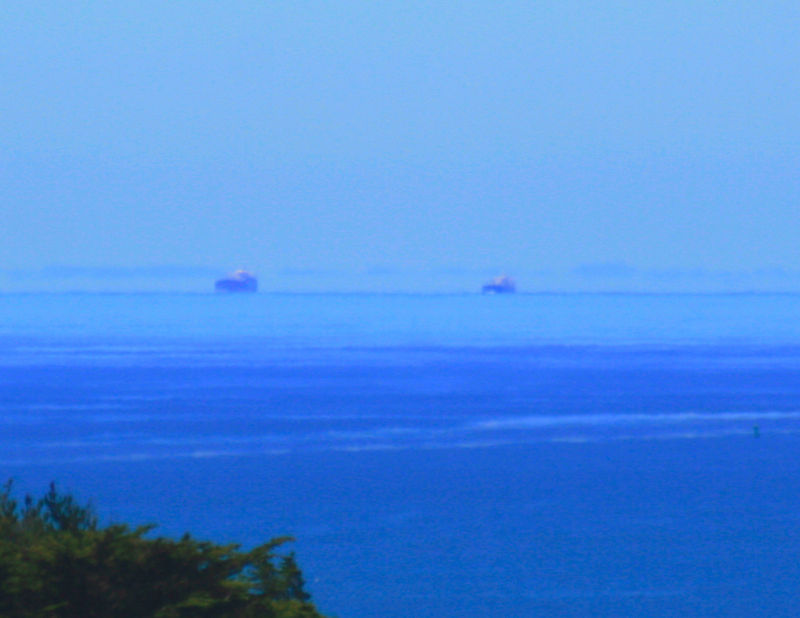